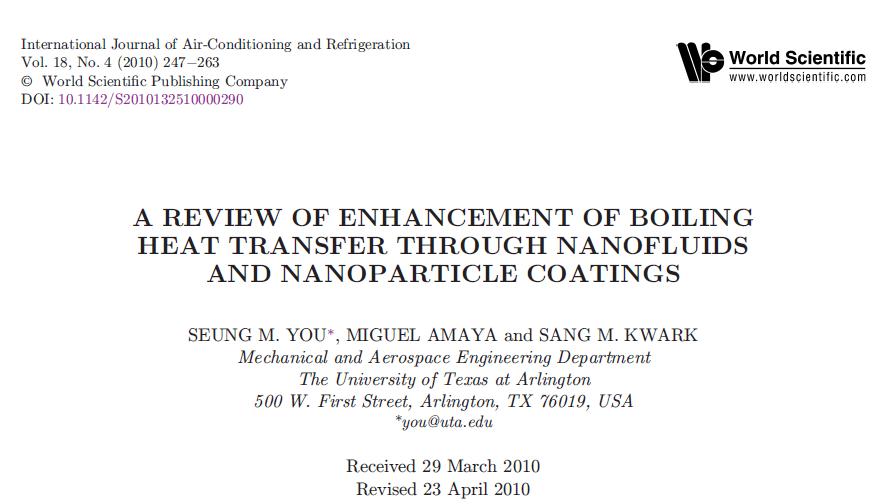 This review traces the development of nanofluid pool boiling from its beginning (1984) to the
present through a sampling of studies that have interested the authors and which have led to the
latest findings at the University of Texas at Arlington (UTA). The studies of thermophysical
properties of nanofluids are briefly covered. Several works in the last 7 years are highlighted to
illustrate the modes of nanofluid pool boiling testing, the variability of nanofluid boiling heat
transfer (BHT), and the postulations of causes of this behavior. Starting in 2006, the wettability
increase in the nanoparticle coating, generated during the nanofluid pool boiling, is recognized as
the source of critical heat flux (CHF) enhancement through its effect on the dynamics of hot spots
and departing bubbles. The reasons for the observed contradictory BHT behavior are not yet fully
clear, but recently at UTA, nanofluid boiling heat transfer has shown to be transient due to the
dynamic nature of the formation of the nanoparticle coating. Also at UTA, the mechanism of
nanoparticle deposition on the heated surface has been further confirmed. Thus, nanofluid boiling
has led back to heat transfer enhancement through surface modification in nanoscale. These
developments from 2006 are covered in more detail.