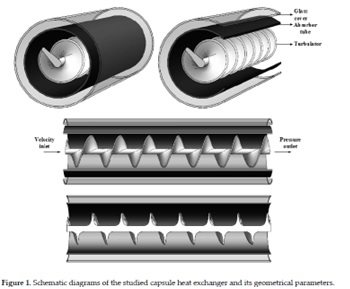 Air conditioning is one of the major consumers of electrical energy in many parts of the world.
The demand can be expected to increase because of the changing working times, increased
comfort expectations and global warming. With more air conditioning units, the electricity
demand has been rising thereby increasing the use of fossil fuels and nuclear energy. A drastic
change, therefore, should be implemented in the energy structure of the developed countries.
Environmentally friendly and energy efficient technologies should be introduced in which the
environmental impact of the conventional air conditioning system is minimized.
Solar radiation as a sustainable energy resource is one of the most available forms of energy on
the earth surface which could reduce the fossil fuel consumption and CO2 emission to the
atmosphere. Solar cooling is a possible technological alternative to conventional air
conditioning systems that has recently attracted a growing interest. A solar assisted absorption
cooling system as a sustainable solution for cooling systems could provide both heating and
cooling of a building. Since the solar energy is available for only a fraction of the day and its
availability depends on several factors such as latitude and sky clearness, the storage of it is an
important concern. Thermal energy storage is a practical way in conserving the solar energy as
it can reduce the discrepancy between the energy supply and demand. Latent heat storage units
(LHSU) using Phase Change Materials (PCMs) are promising candidates as heat storage media.
In this thesis, the behavior of a solar assisted single effect absorption system integrated with
LHSU was investigated. The mathematical model for the single effect absorption system and
the LHSU based on the mass and energy balances and heat transfer equations were developed.
The models were implemented in MATLAB and the numerical results were validated with the
experimental results from the literature. Based on the cooling demand of a specific building
(waiting room in Schiphol airport) the absorption system and the LHSU were designed and the
behavior of each system for different control parameters is investigated. For the designed single
effect absorption system, variation of the COP and the evaporator heat transfer rate at the
different flow rates and temperatures of the external cool water, hot water and the chilled water
were studied. The results show that the chilled, hot and cooled water temperatures have
significant effect on the performance of the absorption system. For the designed latent heat
storage, several numerical investigations were conducted. The impact of the key parameters e.g.
the mass of PCM, the number of tubes inside the PCM container and the radius of the tubes, on
the thermal performances of the latent heat storage and the melting time duration were studied.
The behavior of the designed latent heat storage unit in charging process with varying solar
collector field area was studied subsequently. The discharging process of LHSU for the
maximum cooling demand of the building was investigated. It was observed that the designed
LHSU could provide the requested hot water temperature for more than 10 hours which is
sufficient for driving the air conditioning system.

The goal of this research was to develop a computer model for the treatment of
Resin Transfer Molding (RTM) of unidirectional layer stranded fabrics oriented in
various directions. The individual fabric layers contain high fiber volume fraction
strands, separated by channels, which the model includes as separate phases. A finite
difference approximation has been developed to determine the effective permeability of
the channels. This approximation is based on classical channel flow equations, and is
applied to all three directions of the channels. The axial permeability in the strands has
been measured. The transverse permeabilities in the strands are assumed to be equal, and
are fitted to the model results.
The model consists of a finite difference routine which uses cell centered grids to
approximate the geometry of the reinforcement. The moving boundary resin is treated
with as constant pressure condition. The injection and vent ports are also modeled as
constant pressure conditions.
The model has been correlated with experimental results. Simulations and
experiments have been run using a single fabric layer at 0, two layers at ±45, and three
layers at 45/0/-45 and 0/±45. The model accurately captures the flow front shape for
each case, and shows general agreement with the positions vs. time